Irritating yet funny player, a combination of traits that rarely lets her see end game. Initially a lynchalicious player and easy target for the scum to wagon, has become over time more of a dangerous wildcard for the scum to eliminate at night. A choice target for Night 0 actions of every kind. DrippingGoofball is bertrand's mother. DrippingGoofball has been wrecking havoc in mafia games since December 23, 2005.

Suffers from congenital, chronic cyanomegaencephalitis. The condition is easily diagnosed by visual inspection, and identification of a large, blue head with fried egg googly eyes.

Scummies 2007 - Funniest Roleclaim [[2]]: "Loser" I really thought I would coast until endgame with that one... but I was lynched!!! Luckily creativity is its own reward.

Rubicon: I was just having fun seeing how long I could confuse DGB. The answer turned out to be "not very long".

Magua: "God help me, DGB makes sense with every single post she makes. This is freaking me out more than you could possibly imagine."

SpyreX: "DGB I am throttling you through spacetime with my mind."

Albert B. Rampage: "...incredibly charismatic ability to lead a wagon to its swift conclusion with a honeyed voice and sense of humor unique to her..."

Yosarian2: "I agree with drippinggoofball."

Zorblag: "Curses be upon you DrippingGoofball for your investigative prowess!!"

Cobalt: "DBG, are we the best town pair ever or what? We need to be masons someday. "

wolframnhart: "If there is one thing I have learned from this game, it is if i am ever scum in a game with DGB, she will not live past night one, scary good player."

Papa Zito: "You know, next time I am so not making the mistake of letting DGB live. Jesus."

raider8169: "If DGB does live past the first day I start leaning that she is scum. That is what drove my original comments early in the game. She is a scary player to play against. I have had a run in with her and lost horribly in the past as well."

Shotty to the Body: "I still think we should kill DGB sooner rather than later, I don't know if we'll stand up another day without her gone."

Snow White: "i wish DGB would just put me out of my potential misery XD"

Percy: "DGB, we decided to kill you off because your unpredictability made us feel very vulnerable."

Battle Mage: "DGB thinks she can talk her way out of anything"

Xylthixlm: "I'd prefer to think of myself as 'A cross between Yosarian2 and DGB.'"

Jazzmyn: "DrippingGoofball: *shakes head* [Forrest Gump]And that's all I have to say about that.[/Forrest Gump]"

farside22: "God the stuff you come up with is priceless."

zwetschenwasser: "Tar is making the huge mistake of trying to condense DGB's playstyle into two sentences." - " DGB is a great player, I love playing games with her, and she rules all of the goodness and kindness on MS. Thank you for existing, DGB."

vollkan: "it is hypocritical to lambast DGB as useless when she is really only taking gut-based play to its logical extent of "nothing matters so anything goes")"

StrangerCoug: "Somebody take DrippingGoofball out to the street and shoot her."

ILord: "her colorful disregard for seriousness is one of the certitudes of mafia."

roflcopter: "dgb gives me a warm fuzzy feeling. that has no bearing on her alignment at all, i just like her."

Korts: "she's not afraid to stir up shit with her bare hands, as in fishing for emotions, reactions etc. "

Cogito Ergo Sum: "...we are talking about DrippingGoofball. Your scum tells do not apply here."

TheStatusQuo: "So we get rid of ZA and then have to deal with DGB? Ugh...I hate this game so much."

Adele"See, the problem with DGB is she's so committed and earnest. She'll put hours and hours into research, then use an irrelevant item of information to determine her obvscum and extrapolate an elaborate theorum from the obvscum premise. 3 pages later, she'll repeat, with a high chance of ruling out her prior obvscum as now obvtown. Lather, rinse, repeat. I suggest we try to ignore her until she makes a substantive and useful point (which she'll do every once in a while, just to force you to read all of her immense posts)."

Mastermind of Sin: "I'm wary of DGB because a game like this strikes me as one where insanity (as opposed to stupidity, in the case of Quagmire) could be a highly effective strategy for scum."

Justin Playfair: "...her play style can be strange and offputting."

Azrael from MTG: "You're weird. You act genuine, AND you act precisely as the scum do. You're either a tremendous actor but a poor liar, or you're a behaviorally unique townie player. At some point we really do need to find out which it is."

ZONEACE: "It's DGB. Motivation is irrelevant."

cicero: "And because DGB is normally ridiculously hungry to scumhunt and push for info and basically act like a kinetic dervish as town, I found her gum chewing giving up routine to be a possible strong scum tell."

Yosarian2: "...female scummers in general might be less likely to instinctively respond to any problem with a direct head-on confrontation then male scummers are, but there are some pretty clear exception to that (DGB, for example)."

Xdaamno: "She is tough but fair and can lift a tire over her head. <3"

forbiddanlight: "I would totally go out with her!"

AniX: "She has never aligned herself with any of my sworn enemies to my knowledge."

Nuwen: "DGB is someone I'd like to go urban exploring with sometime in my life."

elvis_knits: "I like her because she is furry and knows how to work power tools."

Max: "If I were going to do something such as this I would have been far more subtle, possibly by stalking her and doing an "I agree with DrippingGoofball" "

Gorrad: "DGB plays the game to have fun. That puts her ahead of most people here in my book. "

OhGodMyLife: "I am constantly amazed by DGB's incredible body of creative work which she somehow produces while simultaneously keeping up with about a half a million mafia games."

strappado: "I would LOVE to play a game with DGB. These games are just for fun. DGB = fun. Playing a game with DGB = win. Also - I think DBG is better than all of you...and I think she knows it, which is why she acts silly so you all dont feel bad about yourselves. She's a saint."

Plum: " When she hydra'd with me for Adel's upcoming games I went to sleep feeling extremely happy. And not to talk about ongoing games, but her drawing style is also reeeaaaalllyyyy cute."

BridgesAndBaloons: "DGB is part of an elite group of <5 scummers I really want to play with. I'm not joking. She tends to dominate the games where she's mafia."

FakeGod: "relax guys - DGB had this in the bag the whole time."

Godfatherific: Adjective. Pertaining to a player whose play style hints of a godfather role.

Lynchalicious: Adjective. A player that is fun and easy to lynch.

Outscum: Verb. A player is outscummed when he is attacked by active scum that outnumbers active townies. 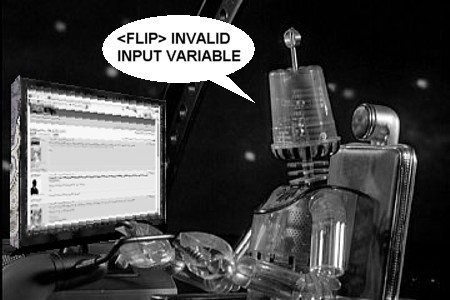 The scumputer processes wagons in a Mafia game.

Scumdar: Noun. A mental device that detects scum from a distance. The device has several readings, in order of increasing intensity: (1) pinging, (2) sounding the alarm, (3)shooting sparks, (4) catching fire and (5) mushroom cloud.

Scumputer: Noun. A scum hunting method relying on the even scum distribution principle where voting records are input, and scum is output.

Town Cred: Expression. A player may bus his buddy to gain town cred.

Utility Lynch: Expression. The waste of a day on the uninformative lynch of a worhtless player, if he has not been vig'ed.

Scumxhausted: Expression. How a player feels after pulling scum 12 times in a row.

DrippingGoofball has many variations to her avatar. Collect them all: