Once again Darth Vader saves the galaxy in style!

The moon was so distracted by Darth Vader killing the aliens with a katana, that the earth captured it with a bubble. 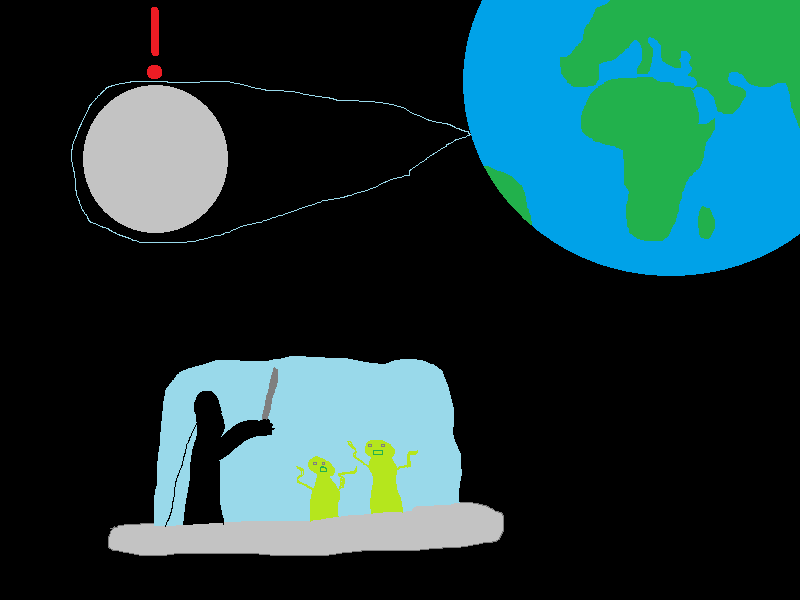 Earth's alert moon summoned a stream of water to fight Darth Vader, who had hijacked a flying saucer. 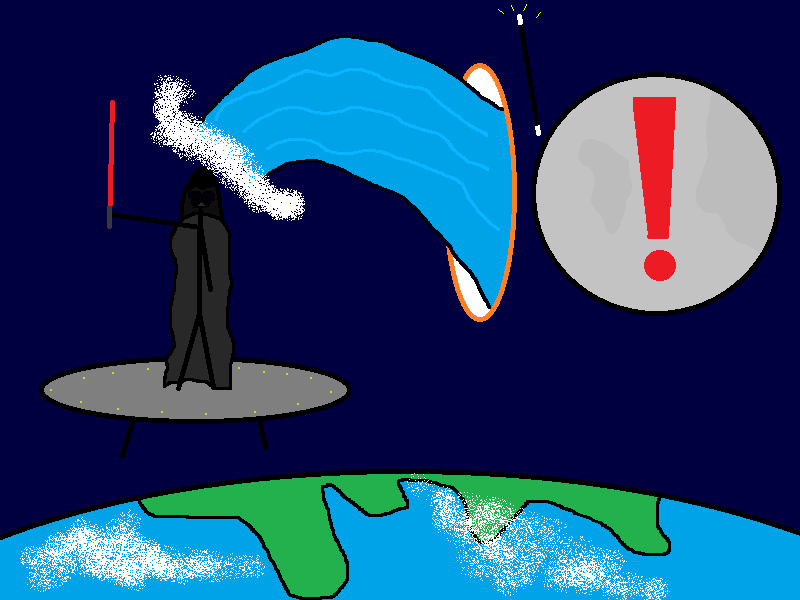 Ok, who put a portal from Niagara Falls to Darth Vader? 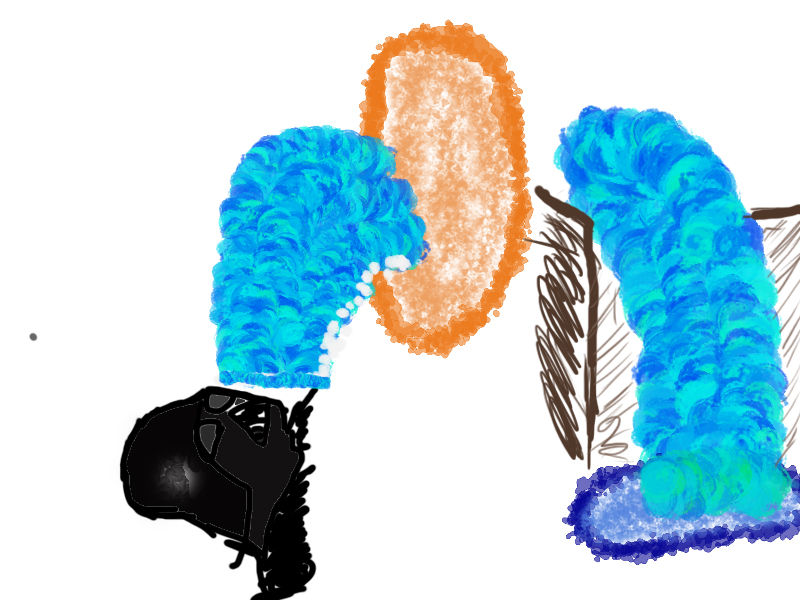 Darth Vader breathes blue fumes into the orange portal, which of course come out of the blue portal, and it continues on over a wall. 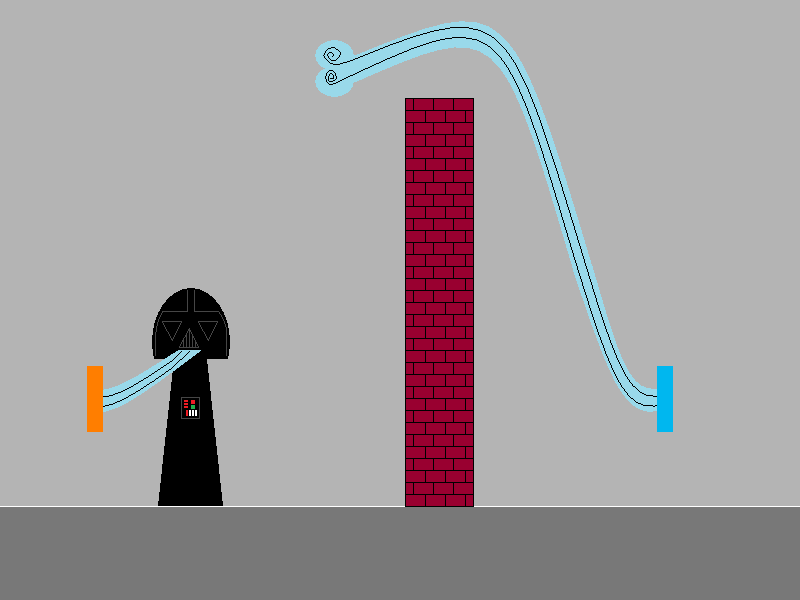 Darth Vader uses portal technology to get his heavy breathing over The Wall.

Before crossing the portal across a river of electric charge, Aronis blew into it to test its safety.