Telephone Pictionary: Lots of Emotions/Chain I

Fear the might of Dr. Gender and his lovely assistant, Girlboy! 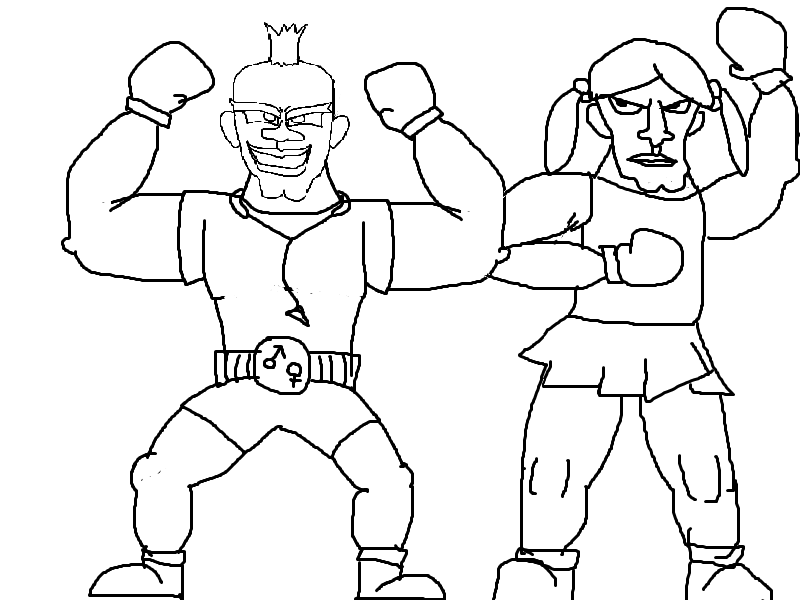 The beefy tag team champions of gender equality are ready to rumble in the ring! 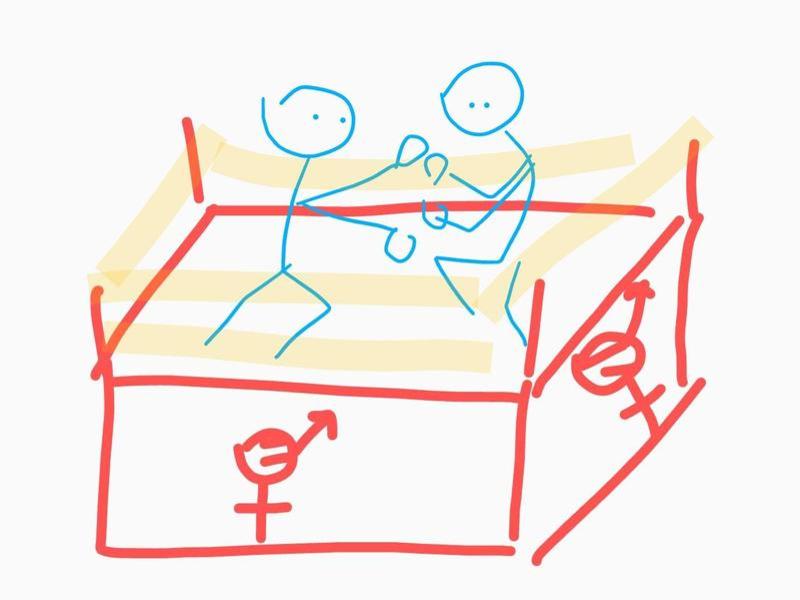 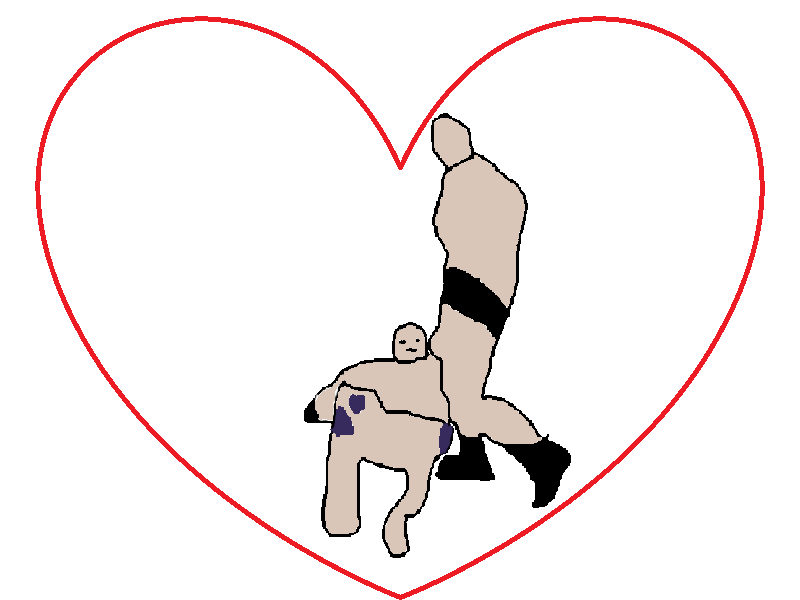 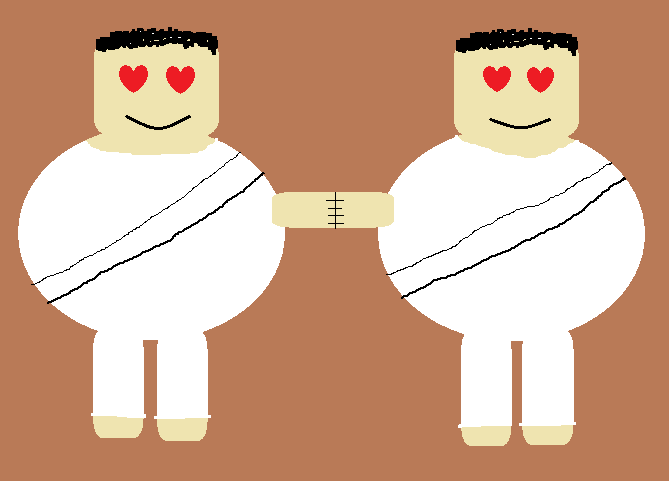 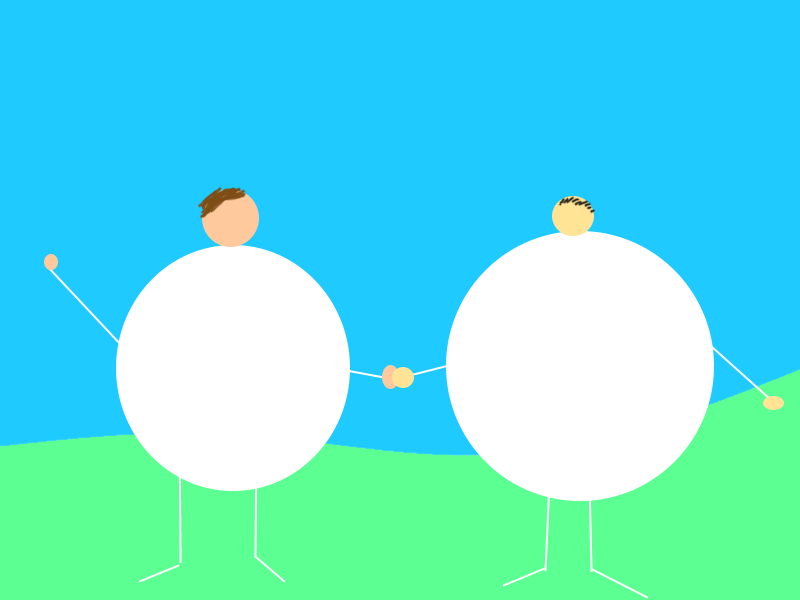 "Well, Number 6, it looks like Rover and Rover's clone are about to devour us both for attempting to escape The Village, but at least we'll get to die together," said Number 47 as he took Number 6's hand. 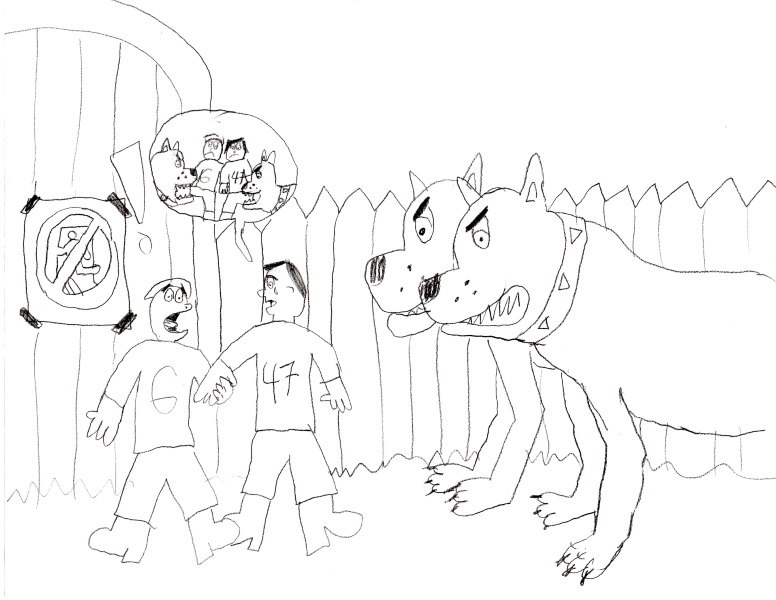 Two humans named six and forty two are about to get eaten by the dogs named Chad and Sparrow.