The Power of Friendship saves everyone.

A true love is capable of incinerating their competitors very quickly. 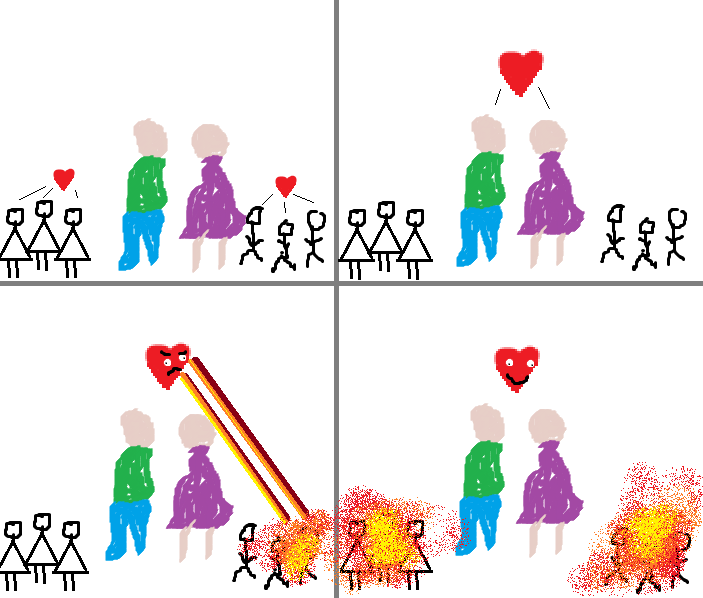 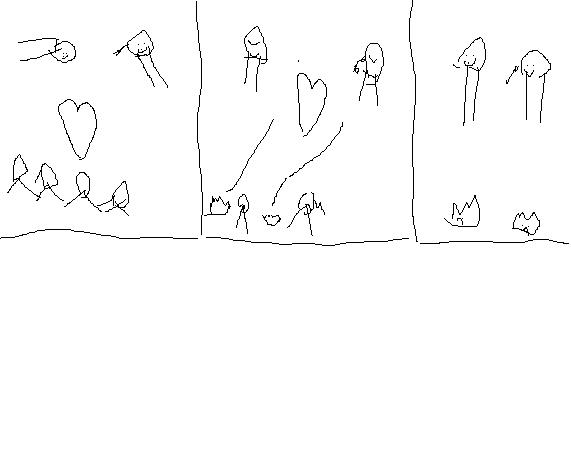 The Teardrop Aliens appeared to be friendly but when they unleashed the Power of Love, our forces were decimated. 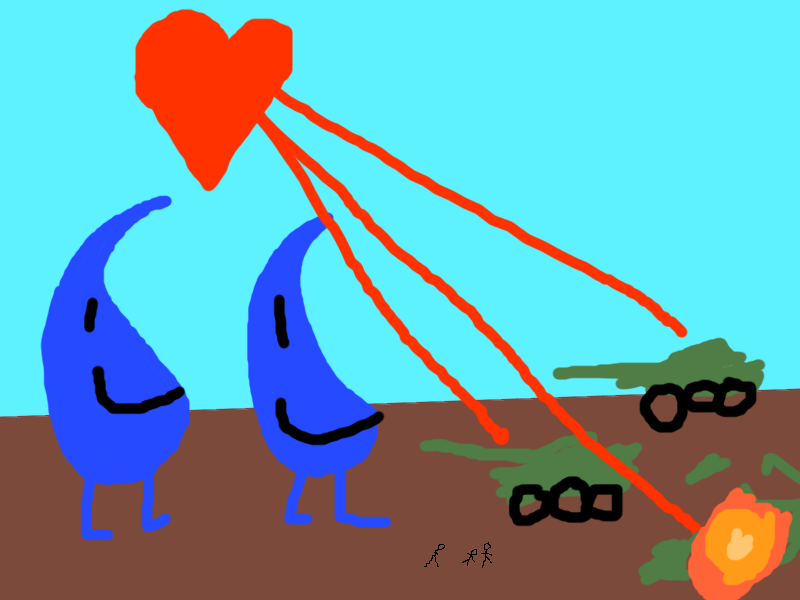 The love of the two giant walking drips blew up the tanks sent by scared humans. 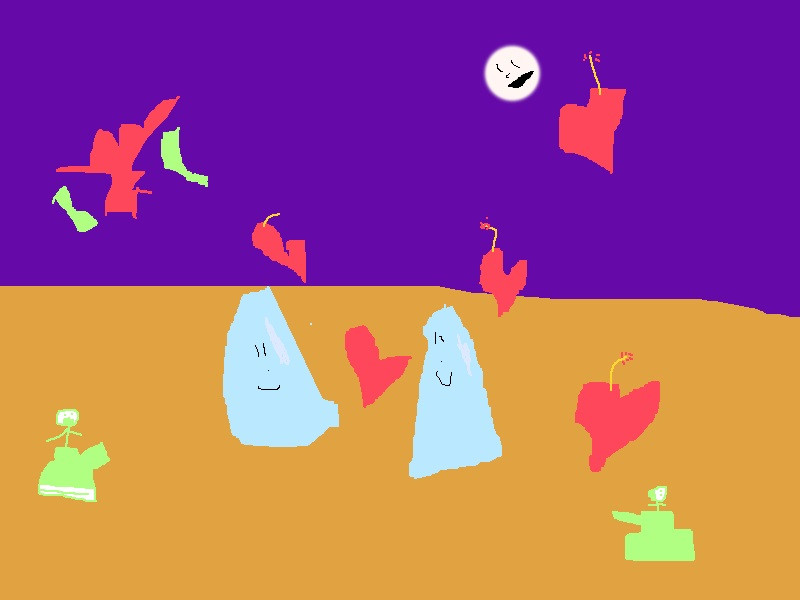 Little men fused with tanks are throwing heart bombs at giant ghosts while the moon watches. 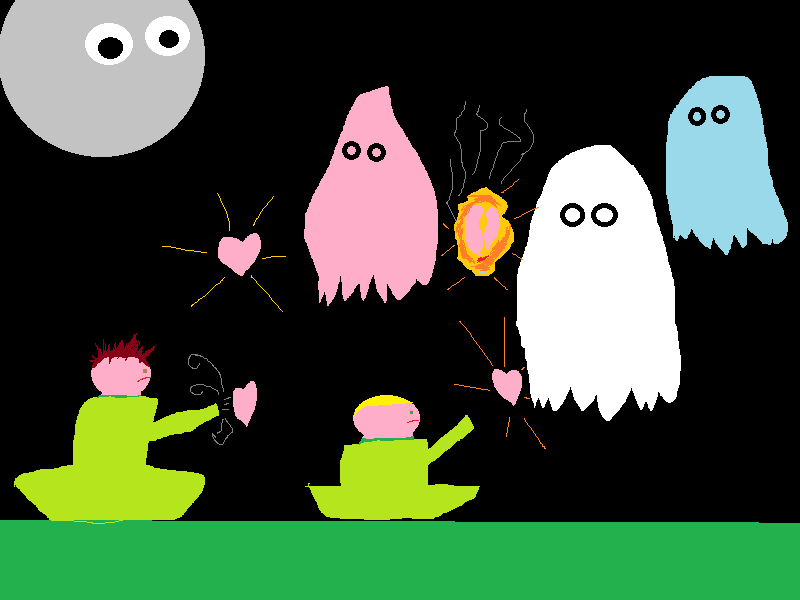 The humans were shooting hearts from their tanks at the colored ghosts and the levitating smelly orange blob under the watching eyes of the moon.