Telephone Pictionary: Lots of Emotions/Chain A

A man instantly regretted having mexican food when he farted and several people passed out. 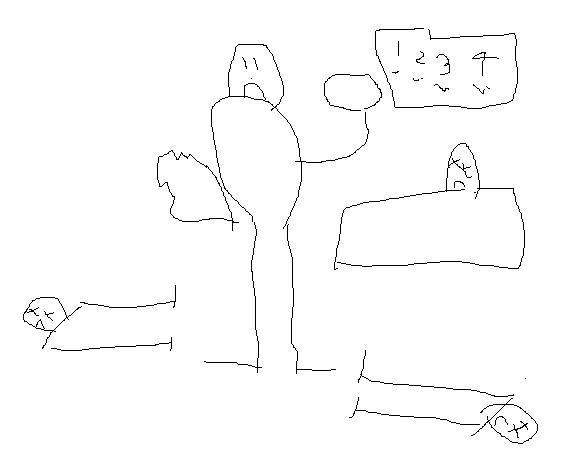 The Olypmic Gold Medal winner literally slaughtered their 3 other competitors. 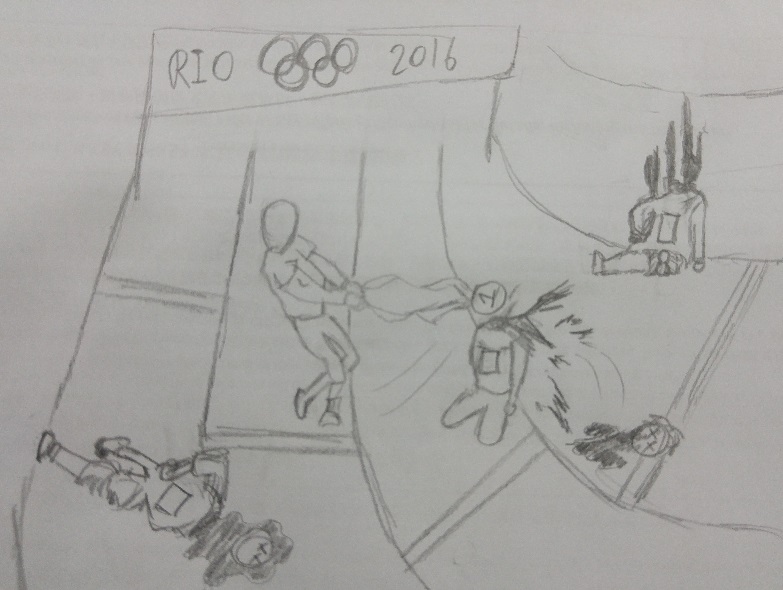 A runner who was secretly a wizard violently massacred all others during Rio 2016 to ensure a victory. 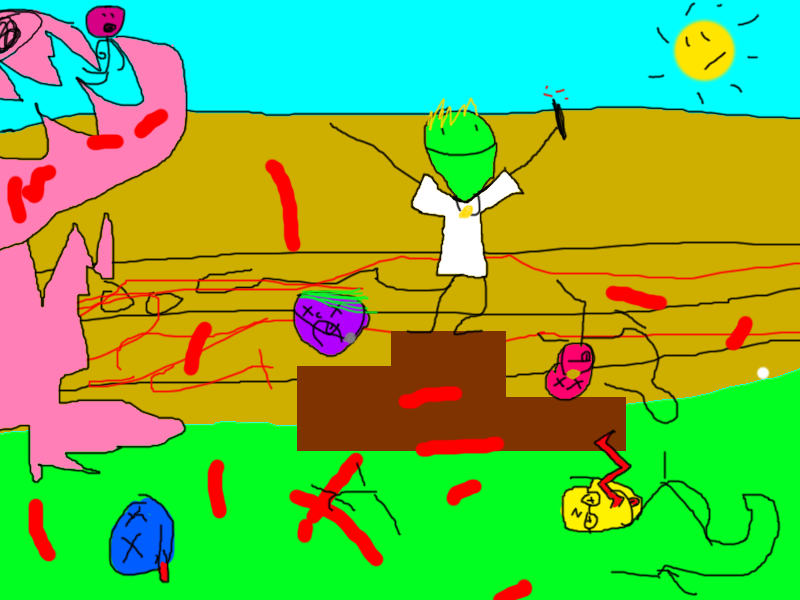 The pink dinosaur attack killed all athletes in the Balloon-man Olympics stadium except for the green one, who won the gold medal by default. 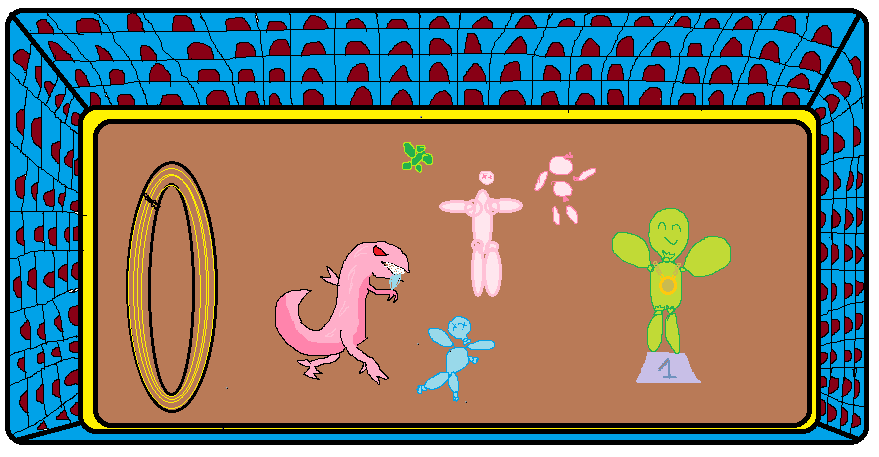 The naked mole rat from Kim Possible entered the coliseum through the ring, eating every colored mannequin in its path. 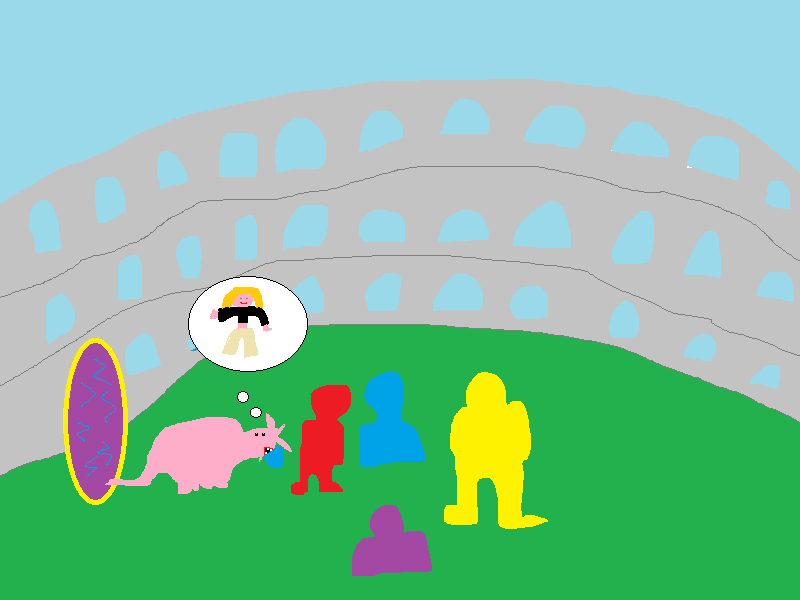 The pig took a portal to the Coliseum expecting a girl with a black shirt and khaki pants, but is greeted by two people with nondescript features and two other people with the bottom halves of their bodies cut off. 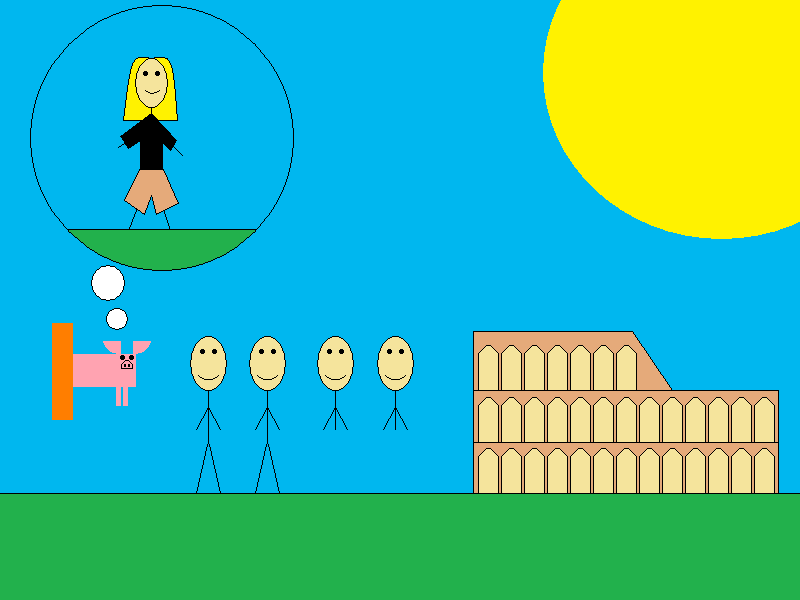 The flying designer pig imagines a fantastic new clothing line for his manikins standing outside the roman colosseum.