"Thus do I ever make my fool my purse, for I my own gained knowledge would profane if I would time expend with such a snipe but for my sport and profit"
~Iago, William Shakespeare's Othello 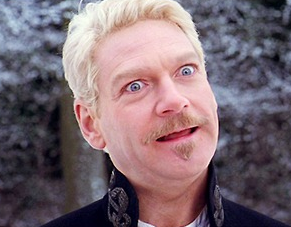 I am Belisarius, username chosen after the great Byzantine general Flavius Belisarius. Elsewhere on the internet, I sometimes utilise the sobriquet Bleys J. Maynard, a practice that started due to the impossibility of anyone not directly related to me correctly spelling my Ukrainian surname. I'm not going to post said surname, but to get a general idea of what it might look like, refer to the bottom line of an optometrist's eye-testing chart.

Location: Moncton, New Brunswick, Canada. I sometimes range as far away as Halifax, Nova Scotia, but I never cross international or timezone boundaries.

Notable interests: Shakespeare, history (Particularly those sections of history covered in Shakespeare's histories), the writing of Stephen R. Donaldson, the Monarchy, Final Fantasy (Currently subscribed to FFXIV), and a level of xenophilia regarded as unusually high even for a Canadian.

Drink of choice: Martini. A proper one, not a vodka martini. I am not a communist.

Pop or soda: Pop. I am not a communist.

My quest: To seek the holy grail

Best method for getting bloodstains out of a brand-new $275 charcoal grey suit: Fire. Preferably not while wearing it but to each their own.

Rules for getting along with me: No swimming, no swearing (as fucking if, ha ha), no laughing, no crying, no talking out of turn, no line dancing, no moose calling, no swordplay, no pumpkin carving, no mummified cat juggling, no wallowing in your own self pity, no circumstantial evidence, no walking on the grass, no pancakes on Monday, no dessert til you eat your vegetables, no slapstick comedy, no balloon animals, and absolutely, positively, no barking like a seal. It upsets me.

“But of course poker isn’t really a card game. It’s a game of people. The cards are just a tool for playing your opponents. That may be why you weren’t good at it. Bridge comes much closer to direct problem solving— the extrapolation of discrete logical permutations. You can’t ignore who your opponents are, naturally, but you win with your mind more than your guts.

“You’re trying to win this one with your guts, Morn. You need to use your mind.”

Morn drank more coffee. She didn’t say anything: she didn’t have anything to say. Instead she concentrated on the pain in her throat. “We have a maxim in bridge,” he continued. “If you need a particular card to be in a certain place, assume it is. If you need a particular distribution of the cards, assume it exists. Plan the rest of your strategy as if you have a right to be sure of that one assumption.

“It doesn’t always work, of course. In fact, you can play for days without it working once. But that’s not the point. The point is, if your assumption is false you were going to fail anyway. That assumption represents the one thing you have to have in order to succeed, so you might as well count on it. Without it, there’s nothing you can do except shrug and go on to the next hand.”

The space below provided intentionally for other players to vandalise if they feel like it.