Difference between revisions of "Wisdom" 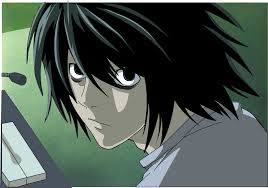 Here I will keep a record of my statistics, completed games, achievements, and whatever else I feel like.

I can be very superactive if I have the time: Usually I'll be the player with the highest postcount. I will usually not participate in more than 5/6 games at a time though.

I don't have an alignment preference anymore. If I had to say, probably town. Yeah, I enjoyed being scum and tricking people in the past, but nowadays I find it more intriguing and challenging sorting out the scumteam, even if it leads me to paranoia.

I'm very stubborn. Correct me quickly if I say things that are flawed. I will probably insist on them forever if you don't.

Also, I'm known to hard tunnel on people. Very hard. Though I think that I'm now better at controlling it.

Finally: My playstyle varies from game to game. It can be completely different sometimes. It all depends on the playerlist and on my mood. Do NOT assume that you know how "usual Town-Wisdom" looks, you'll only bring about destructive results.

The stats do not include Marathon games, Blitz games, or games played under alts/hydras. Also some fast games like AitP that end in like 2 pages.