I like Tasmania and think that this is anything but dramatic. 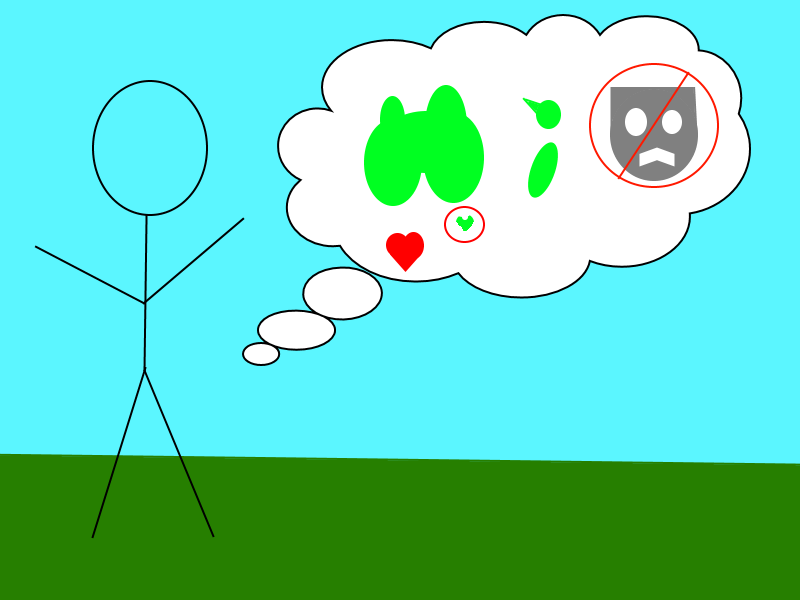 Man, I love New Zealand; I'm not even acting! 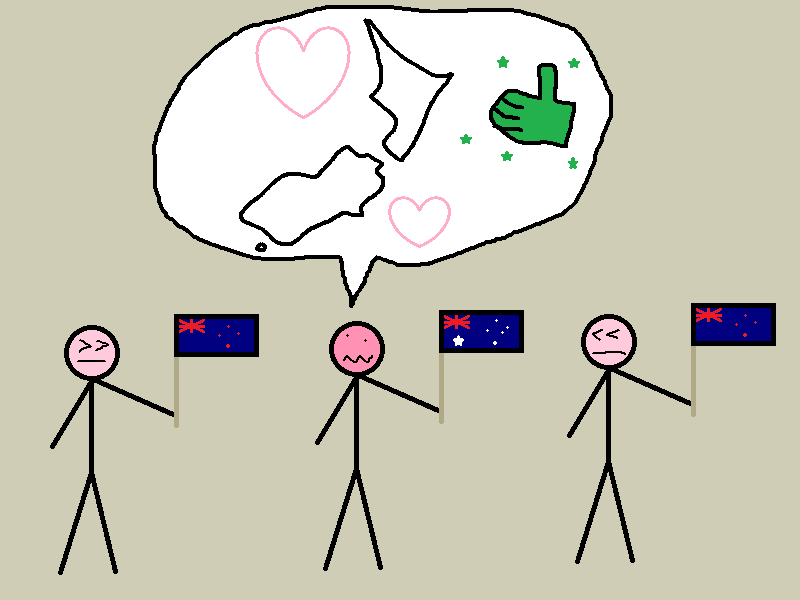 One person who loves New Zealand, protests that New Zealand's flag should have five stars, but everyone else wants to stick with four stars. 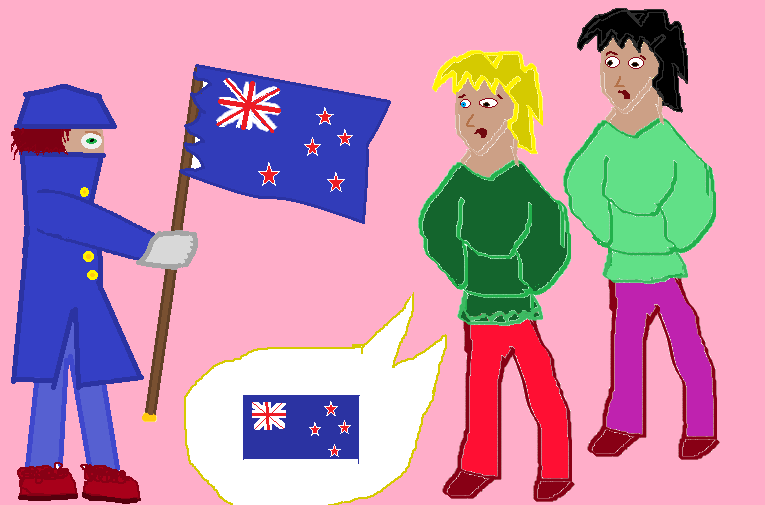 Dora's uncle reclaims the outback and leaves the natives in straightjackets like the crazies they are!

Dora the Exploer says Hi to some Apsáalooke people who are not to thrilled to see her. 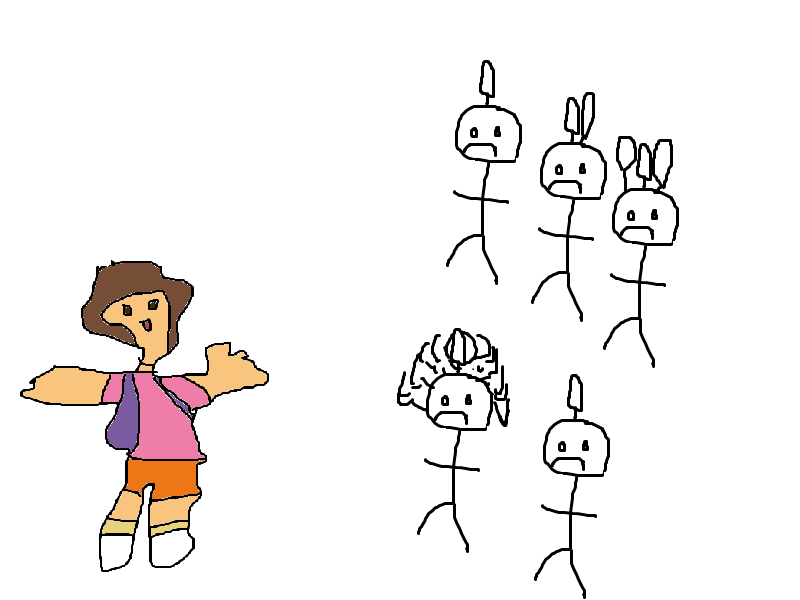 Dora the explorer was trying to make friends with the balloonheads, but they were upset because one of them was having a bad hair day. 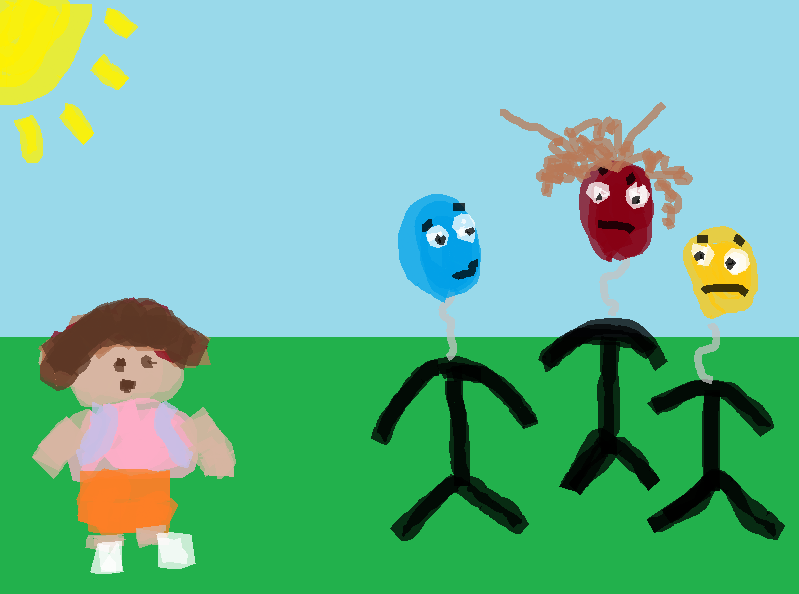 The three balloon-headed creatures do not appreciate being discovered by Dora the Explorer.