The green balloons paired up in threes while the toucans and rainbow bunnies tried to pop them. 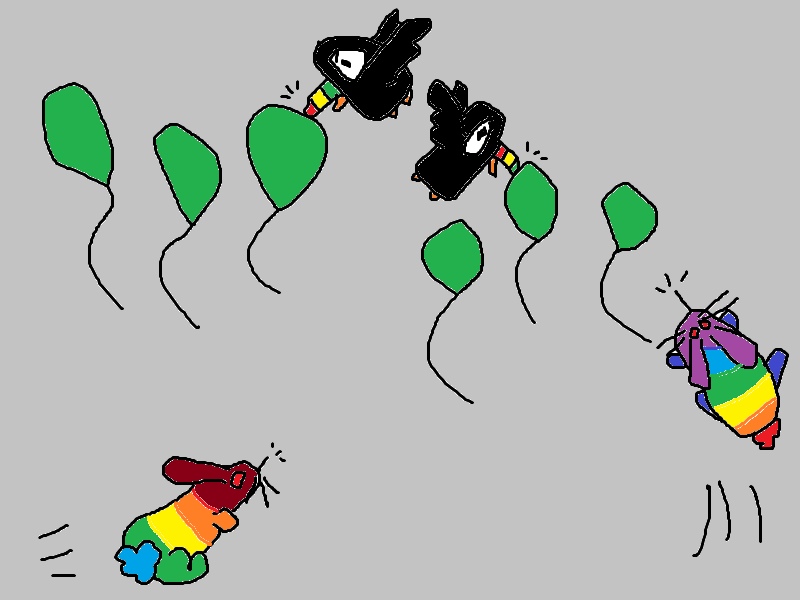 The eyes of the rainbow bunnies turn red with disapproval as they watch the crows pop balloons with their rainbow beaks.

The piñatas and crows are having a stand off at the Gay Pride Party. 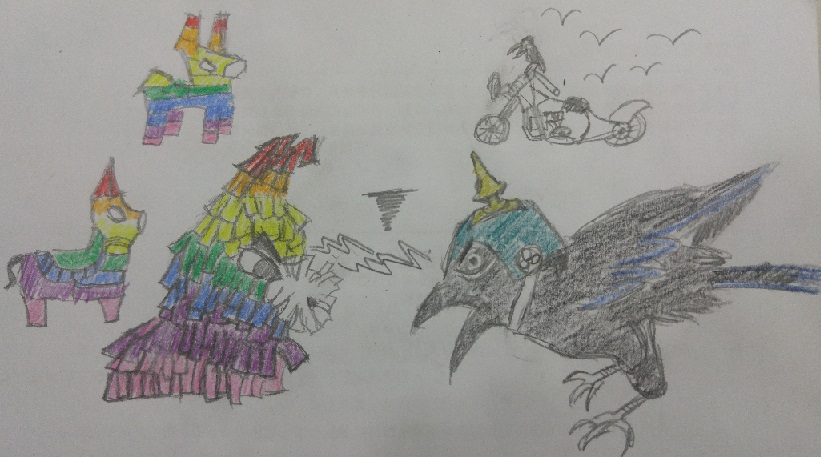 The Pinata Cartel defended its turf against the Raven motorcycle gang.

"You stupid crows have just rode your motorcycles into the wrong fucking neighborhood!" said Piñata José as he and his donkey piñata friends brandished their weapons. 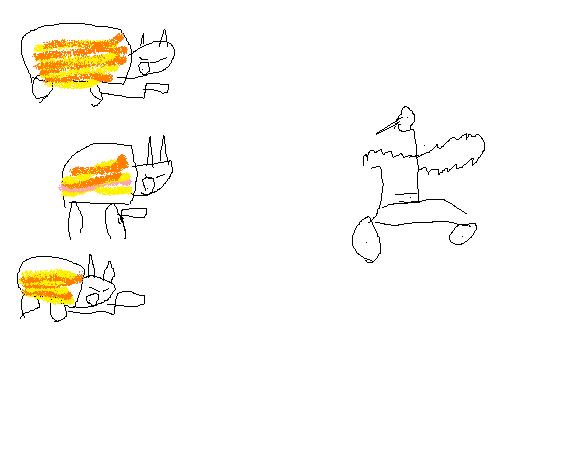 The yellow and orange moving truck cats held up their guns to the bird on a go kart. 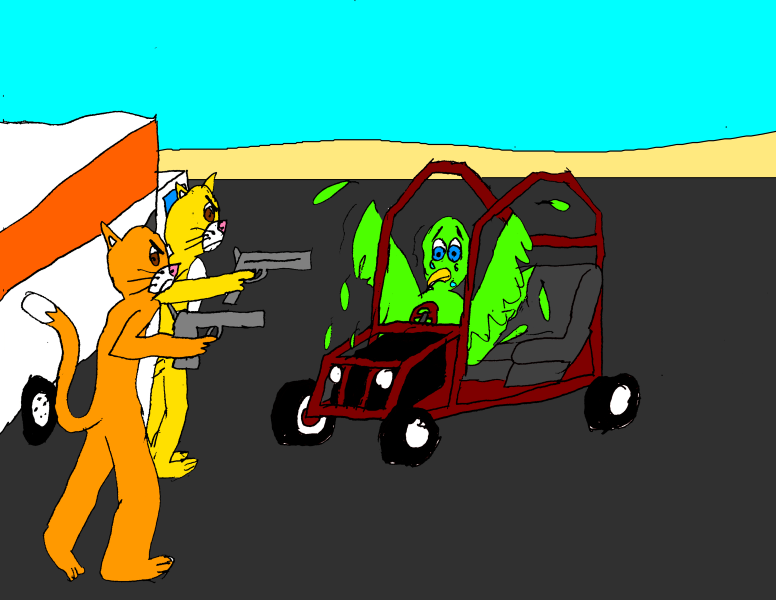 The orange and yellow cat had blocked the road with their truck and were now carjacking the green parrot who cried in his very underwhelming attempt of a car.