The first player voted out of Survivor: Seattle is David Letterman. 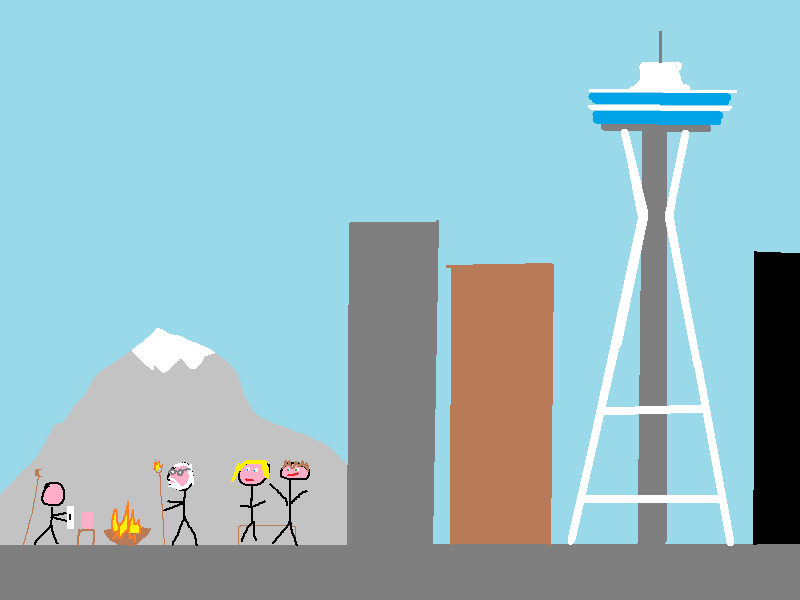 Drama unfolds on the next episode of Survivor: Seattle. 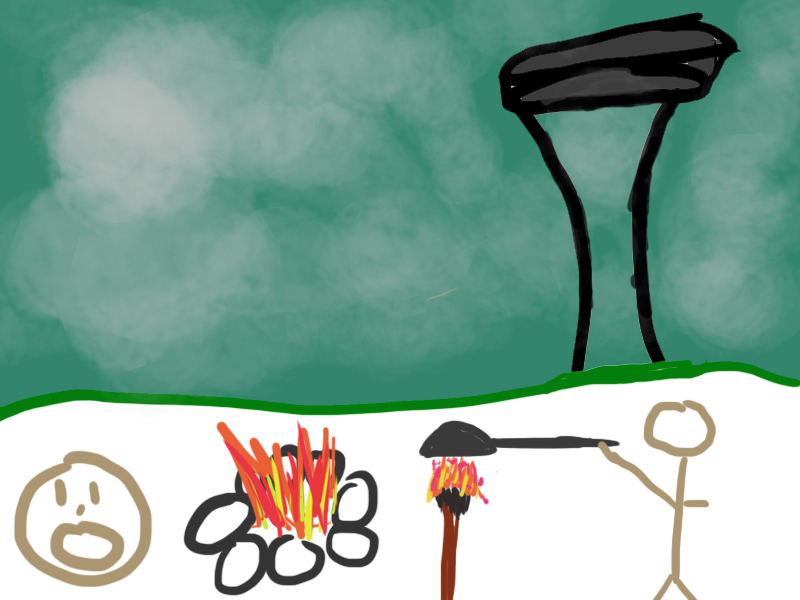 Shockingly enough, people would rather use a burning tree than the water tower's campfire to cook their food.

There are two ways to roast a marshmallow: burn a tree to make a bonfire or use a cobalt barbecue grill. 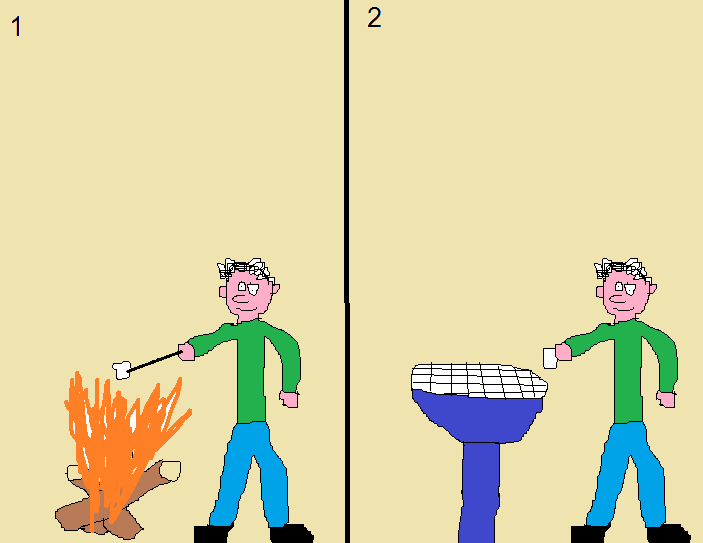 The camper tested whether roasting a marshmellow over a bonfire or a barbeque grill works best.

A man conducts an experiment to see if marshmallows roast just as well over long-haired, sullen emo kids as they do over fire. 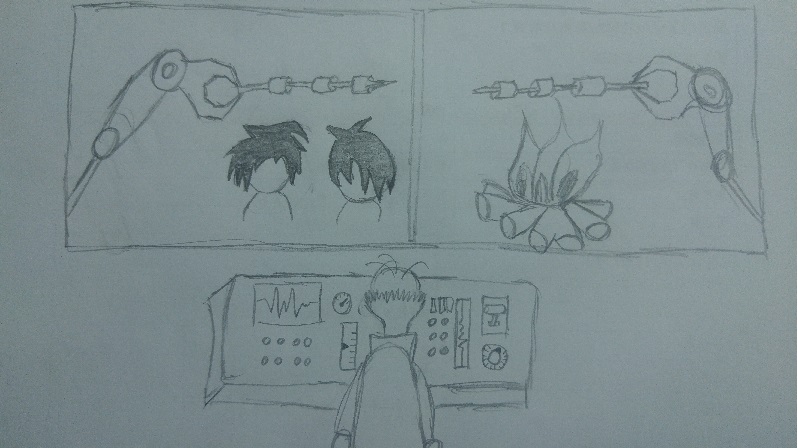 "Do marshmallows roast better over a fire or children?" the scientist wonders as he stands in front of his control panel.