The six year old's birthday party was interrupted by a tiger attack. 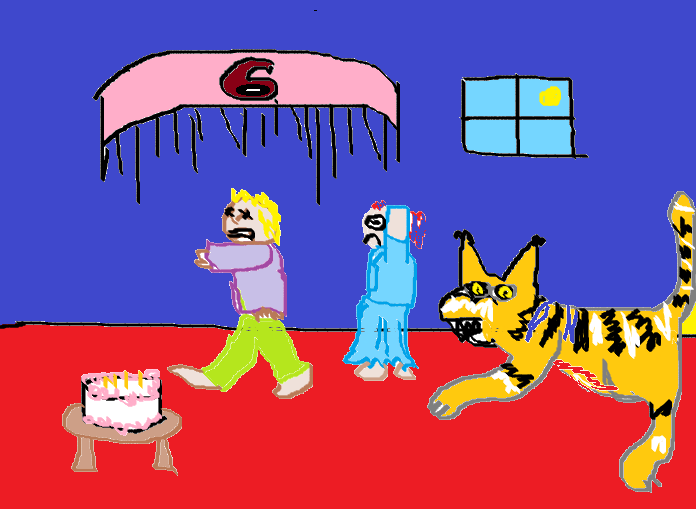 The striped tiger attempted to blend into the walls and floor as it crashed the kid's sixth birthday party, terrifying the children. 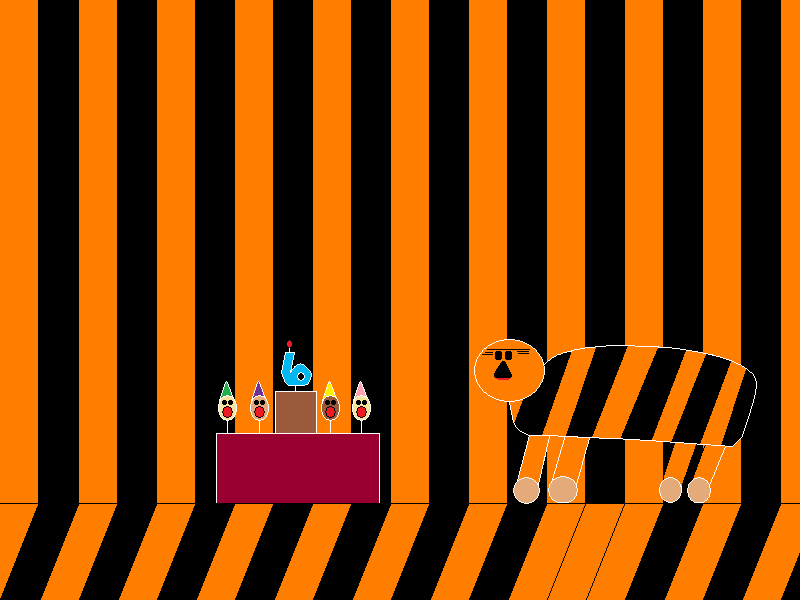 For his 6th birthday, the tiger cat got a birthday cake with 4 dwarven faced lollipops in his tigerprint room. 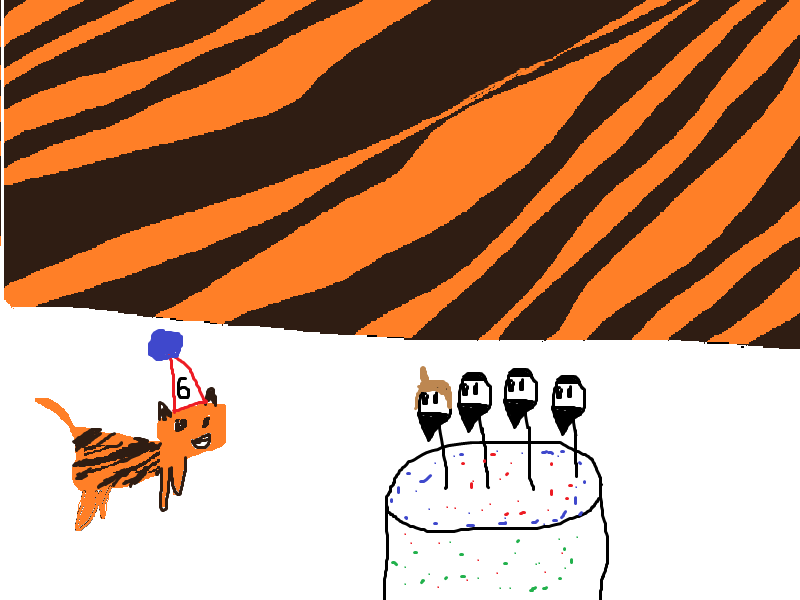 The tiger cub's 6th birthday party would be his last; the ninjas hiding in the cake would see to that. 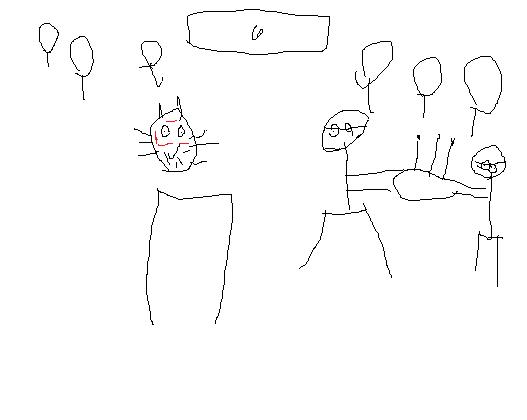 It is a goblin's birthday party. 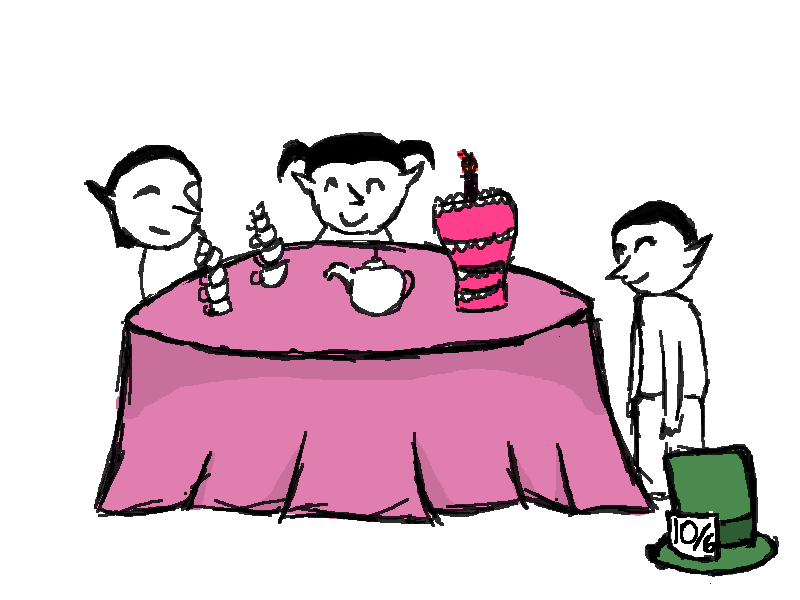