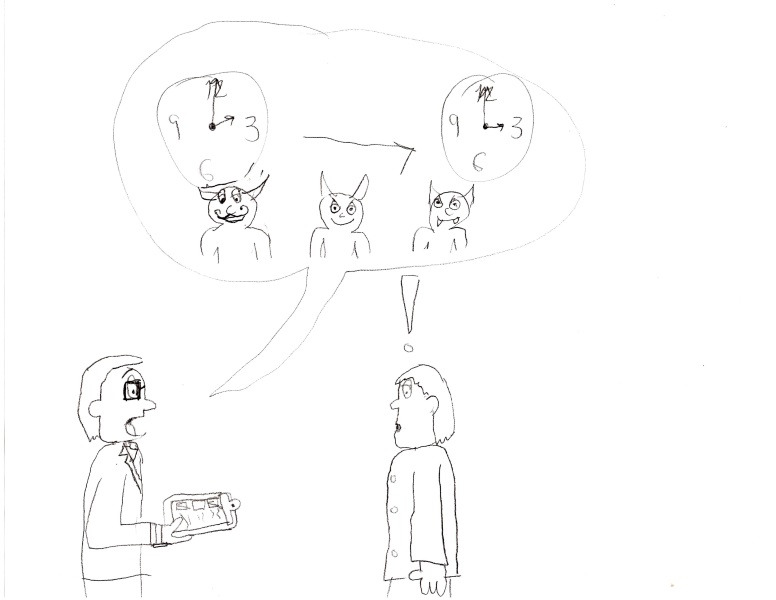 The businessman with a clipboard told the Japanese High School student that the three vampire stooges would now be arriving exactly at 3:00. 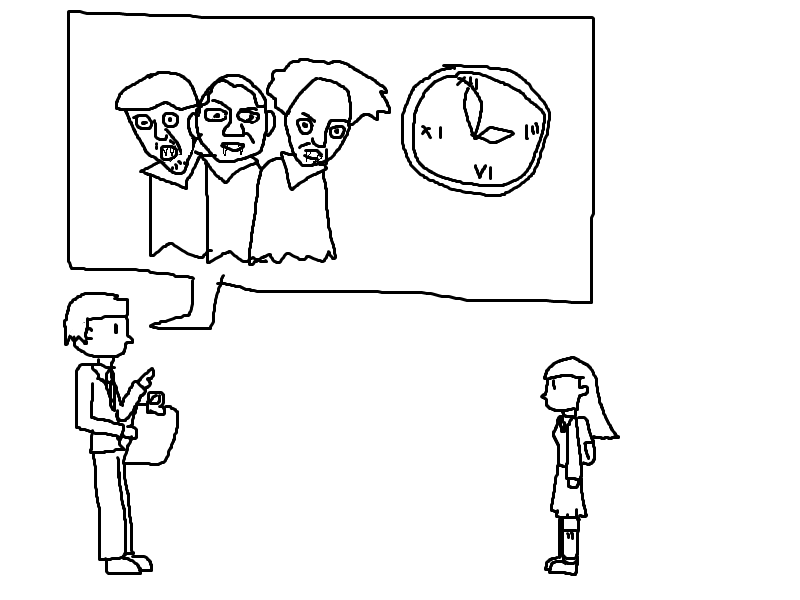 The man with the clipboard explained to the lady that three stooges handpuppets would arrive at 3 o'clock. 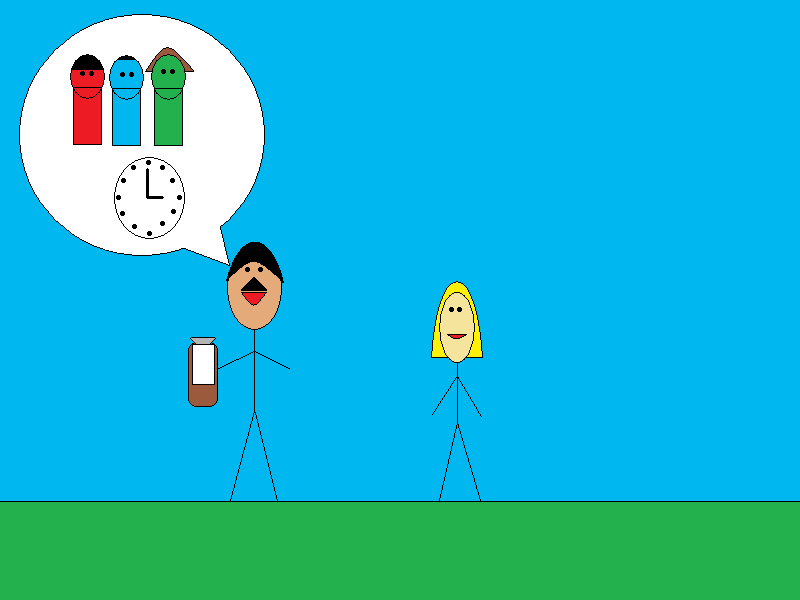 A mustached man was talking to a lady about pills that when taken at 3 o'clock will turn you into an undead creature. 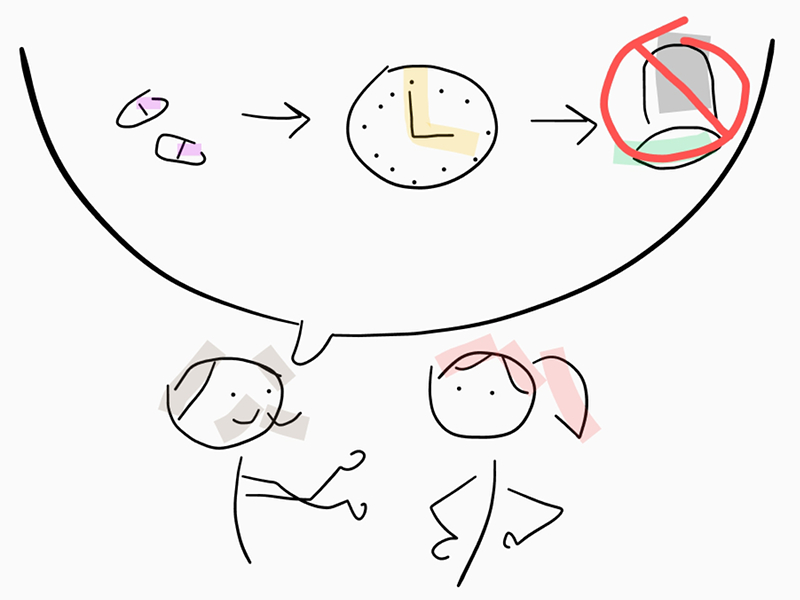 The mustachioed old man teaches to a girl that if she waits for a couple hours after taking some pills, she won't have to go to the graveyard. 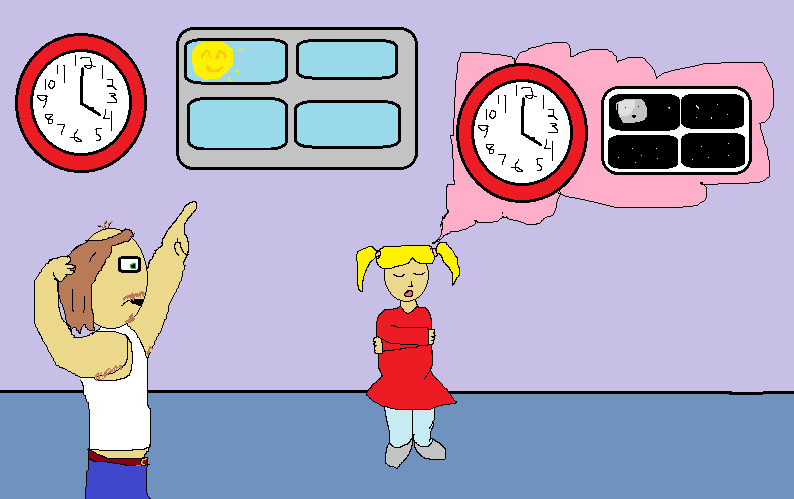 The balding dad pointed to the window. "It's daytime", he said. The child responded that she doesn't trust the reliability of her eyes.