From MafiaWiki
< Telephone Pictionary: Business As Usual
Jump to: navigation, search
« Previous
Next » 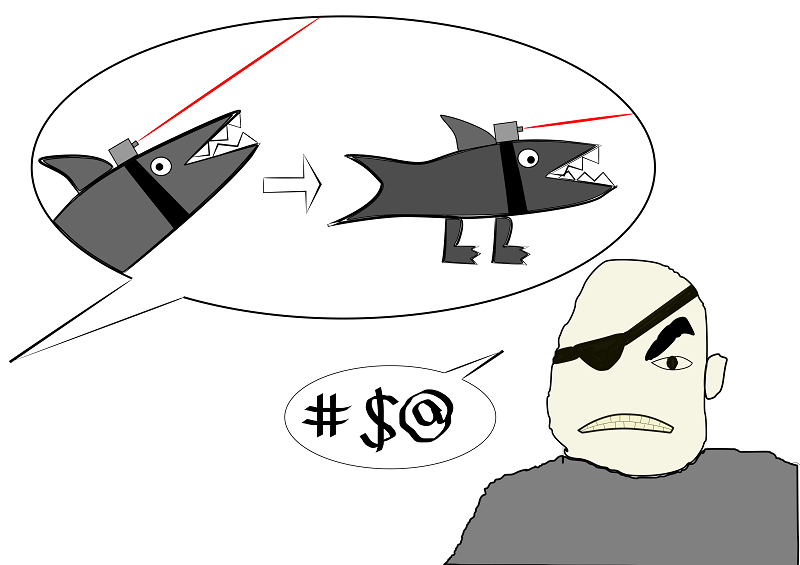 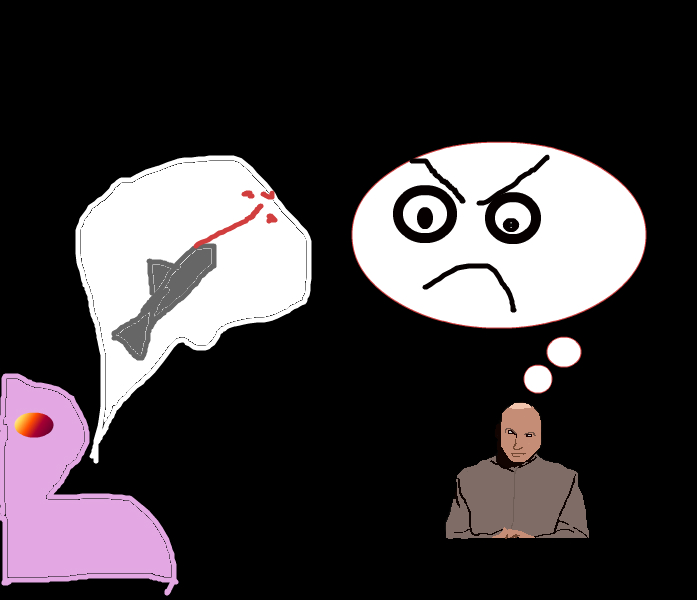 The bald man is displeased by the pink alien blobfish's tale of a shark with freakin' laserbeams coming from its forehead. 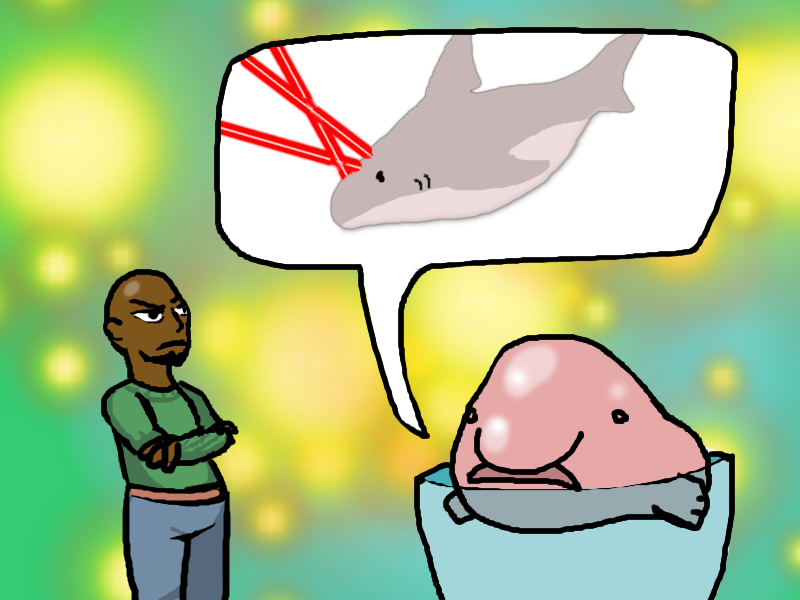 This blob of floating fat with a face says it's a shark that shoot lasers from its forehead and I am not impressed. 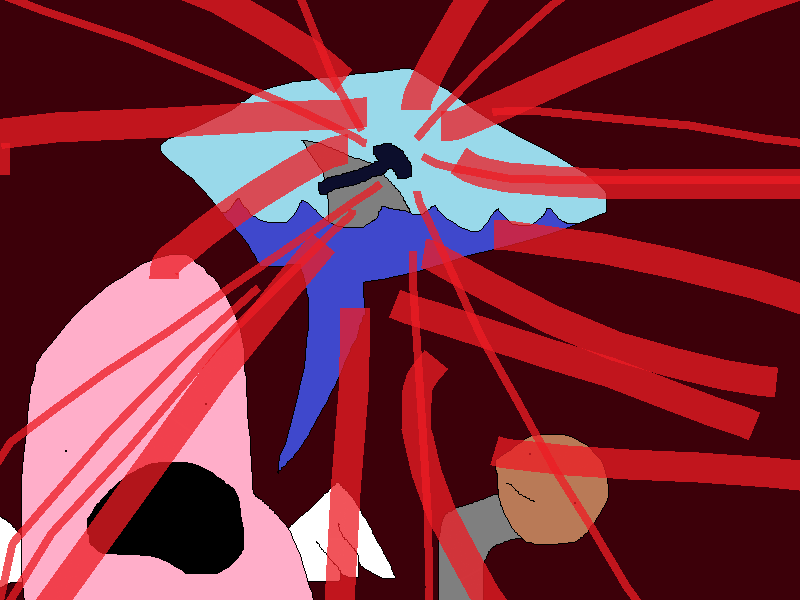 The angel blobfish told me about the time the shark's chastity belt exploded into streamers and confetti, but I had already heard that story. 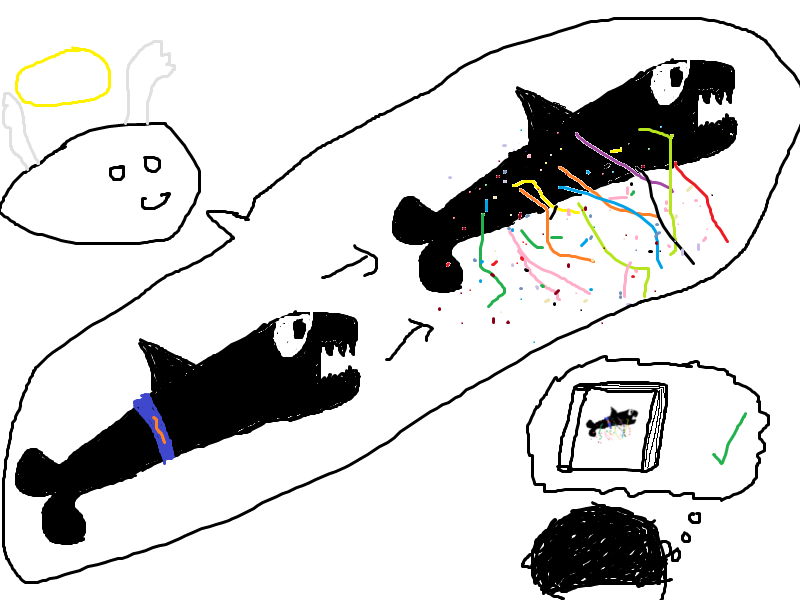 The Angel Potato granted the pile of hair's wish by turning the shark into a harmless piÃ±ata. 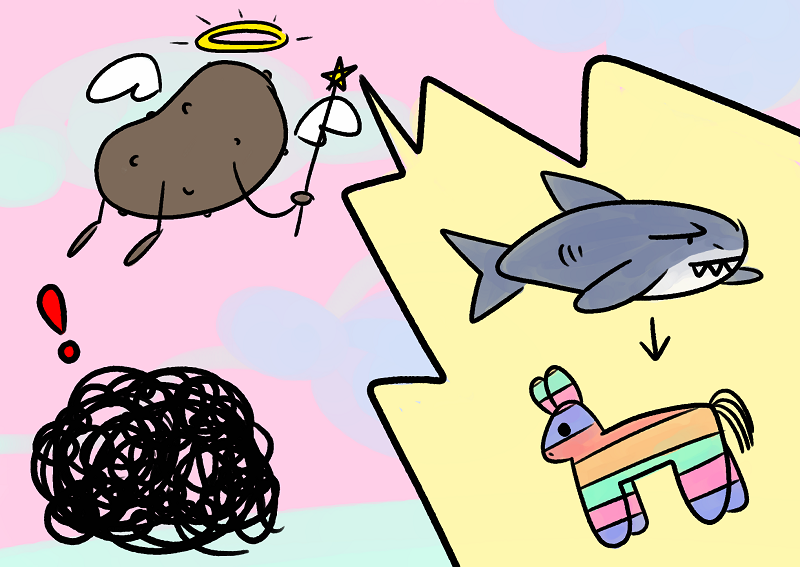 "The clump of pubic hair watched in astonishment how the potato angel turned the shark into a rainbow pony."